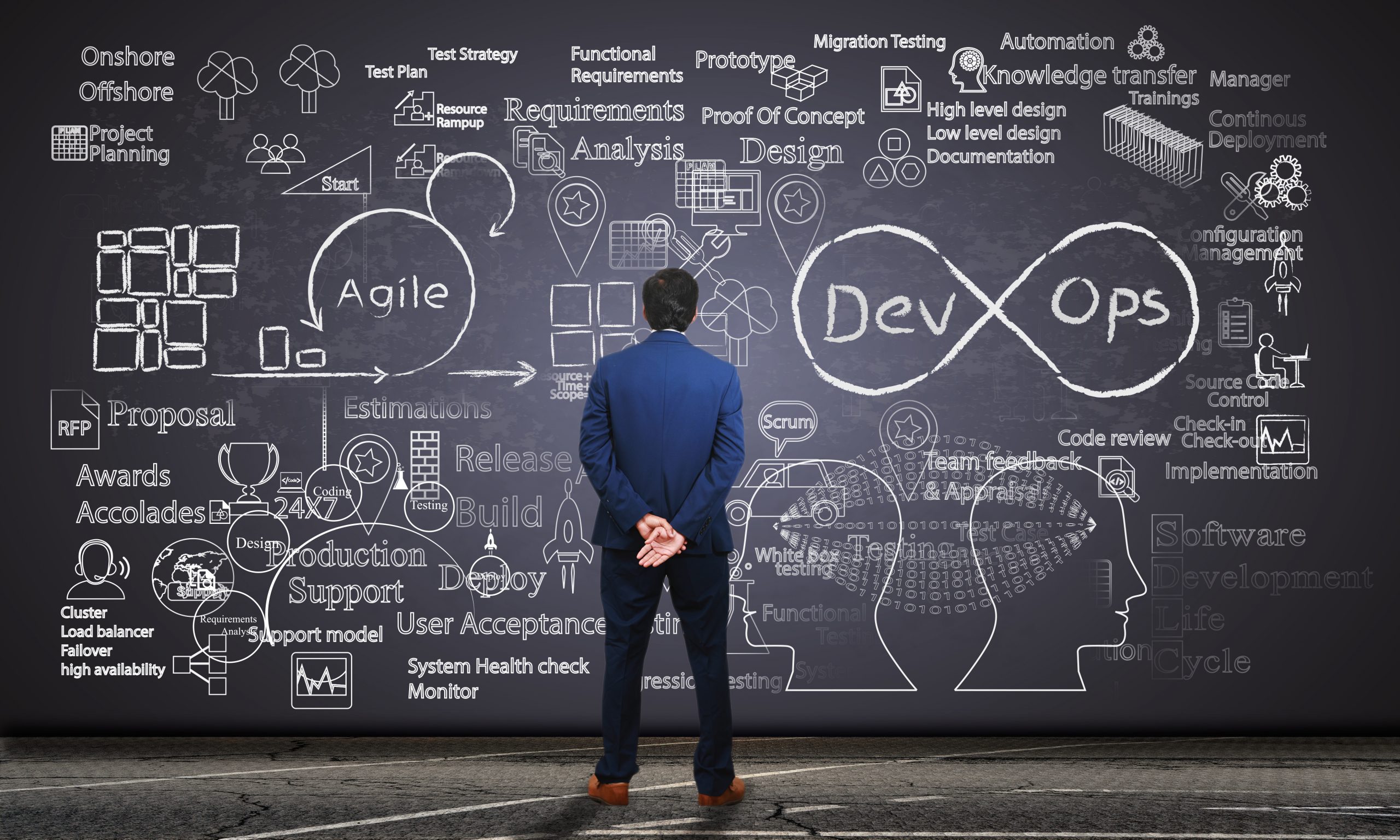 In today’s world, it is increasingly difficult for non-technical consumers to separate reality from simulation. Products are meant to relate to the consumer to such a degree that it seems a natural part of life.

Just think of our mobile phone.

How many of us have dropped the phone in the water and without care for ourselves we lunge to get it back?

To what degree is that phone embedded into our subconscious as a necessity for us to function?

Our progress in the technology industry has spun up a reality such that it now informs life.

From this, a tidal wave starts, and a sea of possibilities emerge.

Don’t get me wrong, I don’t mean to criticize this movement as some existential threat to our existence. This is merely an event occurring.

You may think of this event as good or bad based on some moral guidance.

To function properly as a technology developer, it is important to follow the tried-and-true method taught to actors, that is to not judge the character, but to understand and empathize.

Similarly, do not judge the act of engineering or technology creation itself and you will find a world of possibilities on how to ride the waves of technology our world has manifested.

I approach technology with the principle of neutrality. Through this principle, I can take what is broken or old and give it new life. I did not do this on my own of course! I found a small group of like-minded individuals with their own masterful skills.

Some unnoticed and some shining bright from the get-go.

Don’t judge, simply look at what was, and what could be, and keep your eyes on what needs to be. It is this “needs to be” that requires faith, trust, and good-hearted teammates.

So, it all begins at the recruiting stage. Fumble here and you will starve yourselves trying to catch up.

Here are three lessons I have learned as a Director of Software Engineering in my pursuit of an ideal team.

A person without integrity is a person who will not grow.

This lesson may seem obvious at first as no one wants someone without consistency. When I ask people why integrity is important to them, the two main answers that I get relate to trust and performance, which are valuable characteristics of integrity. However, the most important is the impact of these characteristics on the team over time, as we are all hopefully in it for the long haul.

You need to understand that someone who lacks integrity is afraid of admitting failure. Without knowing your failures, you won’t be able to grow and learn.

What’s worse is that a person who is incredibly knowledgeable will hold the team back because they attain the status of an expert which gives them de facto authority and veto power amongst their peers. If such a person refuses to be humble and grow, the team’s overall growth stagnates.

All relationships require compromise to grow, and a development team must grow together. Personal knowledge of subjects is easy to attain but evolving as a team creates synergy which is greater than the sum of its parts.

As mentioned above, this tech world of ours is moving too fast for one person to catch that wave on their own.

Interview Tip: It is important to note that often a person who lacks integrity can be very knowledgeable because of their personal drive to show intelligence. So, if someone comes across as highly self-edifying, make sure to test for integrity.

Google has a ton of suggestions on this. I personally prefer the playing dumb technique and seeing if they use my lack of understanding to give an unclear answer rather than admitting they don’t know.

Like all tests, be aware that there are exceptions, so always give them a second chance to admit they don’t know. Sometimes nerves and desperation can cause a person to corrupt their own “usually-high” integrity.

In fact, a second or third chance that produces an admission of guilt in initially attempting to mislead should effectively prove the exact opposite: high integrity, and a strong character.

Respect the work, but never believe you can’t do better

This lesson is such a huge one, but counter-intuitive when you think of it. On the surface, it seemingly suggests that you must be a perfectionist or have some sort of ego about your work. But if you strip away the emotion from this, what you’re left with is this still and peaceful posture that moves with ease and wisdom.

Let’s consider the analogy of surfing. One of the first things you usually find is that your nerves are rigid from the fear of falling and bam! A gallon of salt water is forced through your sinuses. Ouch!

So, you were right to be scared, right? Right!

To top it off, you have this movement of a gigantic force below you that you’ve got to learn to read because it won’t be taking orders from you. You can’t learn from something without respecting its authority to teach you.

Similarly, you rarely make anything from scratch in development. You either have past work to build on top of and maintain or you’re using technology that was built by someone else. Respect the effort it took to make the technology and you will find yourself curious about its intricate details.

Okay good, so now…onto the part that takes guts.

You have learned to respect so you can learn to stay afloat! Just staying on top of the wave doesn’t make you a good surfer though. You must now learn to experiment and play around with the forces below and above you to test boundaries. Finding ways to cheat the inevitable fall can often give you insights as to what else is possible or perhaps you seek a different type of wave. You must allow creativity and curiosity to take over.

You must do the same with technology. It all starts with trusting that anything is possible, even if it is not. Having a positive outlook, and a can-do attitude, coupled with creativity and confidence will get you to solve several problems. If you can find people like this, they are more valuable than 10 times the salary you can possibly pay them. Imagine where that value finds itself manifesting in your team and company.

Interview Tip: To me, curiosity is one of the most important skills aside from the ability to think logically and problem-solve. These are less of a ‘you’re born with it’ skill and more of a ‘this can be taught’ skill. This makes your job as a manager so integral.

Learn how to spot and foster this in your team.  There are so many iterations of tricks you can use based on different personality types to assess this. The key factors though are that you should watch for signs of the person being:

I have my own ways of testing the authenticity of these characteristics. I recommend you find a way that makes sense to your instincts as a manager.

You don’t have to be a friend, but you must be an ally

Most people who manage others may have caught on to the progressive ideology of management where a ‘Good Leader’ inspires movement rather than a forced relation. Those who have experienced both can attest to the positive and negative environment it can bring to the team.

Unfortunately, some tend to misuse friendly relations in corporate settings to gain leniency. Sure, you as a manager can solve this by finding the right balance in your relationship with the direct reports. I suggest favouring a thicker set of boundaries that do not allow for an environment that fosters fast friendships between you and those you manage. In any case, if it is inevitable, you’re always better off building a relationship on a rock-solid foundation of respect.

So how have I managed to strike this balance?

Again, I favour the boundaries and approach emotional nuances of communication carefully and slowly as attempting to approach a wild stallion.

1. Your first intent is to show you’re not a threat and to prove you are on their side. Find a way to connect their goals with yours. This is the start of the ‘ally’ part, and it’s not a gimmick.

2. You must be sincere or else it sets you up for failure in the long run. Someone who is emotionally aware will instantly recognize your condescending attitude good luck undoing that first impression!

3. You must have respect for them, and you get there by knowing why YOU personally chose to want to work with them.

4.  You need to start formulating the areas of accountability and responsibility in a way that logically proves (logic is KEY for developers) why their efforts require you to oversee and manage their output in a way that benefits them and in turn benefits you.

5. Always keep in mind that as a manager, you exist largely to help them produce a level of output they can’t easily do on their own. Set this standard, ‘if we do this together, we do this better,’ with them and they will do the same with their teammates.

Interview Tip: This lesson looks different in the interview process. Not all things are easily assessed in a 60-minute interview, so it’s more of an ongoing task to assess if the person is even interested in this approach. Some just want to be told what to do and stay a single contributor. I’m not going to say that it’s wrong in any way.

I personally have found that it’s not helpful in building the type of team that breaks records. The best way to ascertain this type of character in an interview requires you to be honest about the position’s expectations. Then be brutally honest about the company’s current state and express excitedly your goals for the future.

To multiply the effect, have a senior person for that same role in the room with you and encourage them to express their own views on the current state and their excitement for the future. If the candidate reciprocates any of that excitement genuinely, you have a strong indicator of a good team fit. Technology informs us more than we inform technology’s growth. The key to navigating that growth is a strong team with a good positive mindset. Don’t worry too much about the size of the goal but take things one step at a time, trusting each other to be able to handle the choices and hurdles together. Therefore, it’s so important to have a right-minded team.

Any cookies that may not be particularly necessary for the website to function and is used specifically to collect user personal data via analytics, ads, other embedded contents are termed as non-necessary cookies. It is mandatory to procure user consent prior to running these cookies on your website.